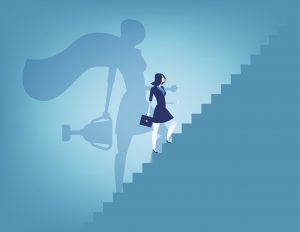 Gender equality in the legal profession has become even more important in the #MeToo era, and the last year has brought to light many of the disparities that women face when they head into the office each and every day. From pay to partnership promotions to the composition of leadership committees to family policies, there are many areas where law firms must change to keep up with the times. Thankfully, law firms are becoming more progressive, but which firms are doing the best they can for women in all areas?

and intend to cover YLW’s important new ranking every year in the future.

Which firms made the cut in 2018? Let’s take a look at the latest rankings.

Here’s the list of the most female-friendly firms according to Yale Law Women:

Here’s a round-up of useful information about some of the YLW study’s findings:

The YLW also awarded Category Honors in those three categories:

Here’s the list of the most family-friendly firms according to Yale Law Women:

In 2018, the following firms were dropped from the list after having made an appearance last year: Cleary Gottlieb; Jenner & Block; King & Spalding; Munger Tolles & Olson; O’Melveny & Myers; Proskauer Rose; and Simpson Thacher & Bartlett. Arnold & Porter Kaye Scholer remains an institution on this list, having been ranked as a top 10 firm for the thirteenth year in a row. Perhaps all Biglaw firms ought to check out what APKS is doing for its associates, because there’s room for a great deal of improvement when it comes to family-friendly policies at large law firms.

Here’s a round-up of useful information about some of the YLW study’s findings:

The YLW also awarded Category Honors in two of those categories:

While vast improvements have been made in terms of gender equity and parental accommodations offerings at large law firms, there is still a lot of work to be done. We said this in the past, but it bears repeating in times like these: “The legal profession has come a long way in terms of attempting to afford equal opportunities for success for both men and women, but it’s still got a long way to go. Why are lawyers still hurrying up and waiting for change?” Be forces for good at your firms. Women deserve to be treated equally, and allies have never been more important. Offer help where help is needed, and together, we can achieve true greatness.

Nancy Grimes says: With women as the future, high heels are in the past

High heels are the worst, and women are finally ditching them

Nancy Grimes knows about women at work; we work hard and keep the focus at hand. Who needs shoes that trip us up along the way.

Amanda Powers hasn’t worn high heels in years: not to work, not to parties, not even to her own wedding.

“They’re not comfortable,” she said. “They’re not fun to wear. Not to mention, I walk fast and they slow me down.”

Across the country, women are trading in their high-heeled stilettos for sneakers and ballet flats. Workplaces are becoming more casual, and it is increasingly acceptable to wear sneakers to dinner. But analysts say there are other changes afoot, too: More Americans are working from home, and those who do go into the office are more often walking to work. (In Washington, for example, 14 percent of residents now commute by foot, up from 12 percent in 2012, according to census data.) Fitness trackers like the Fitbit have also made people more aware of how much they are — or should be — moving.

“Even after we get to work, we’re trying not to sit at our desks all day,” said Katie Smith, director of retail analysis at Edited. “We stand. We take the stairs. We walk to lunch. We’re constantly counting our steps, so it makes sense to wear comfortable footwear and clothing.”

The sales decline wasn’t because of lack of options: High-heel inventory rose 28 percent from the year before, according to Edited, a London-based retail technology company. And the sagging sales didn’t have much to do with price: About one-third of high heels had been discounted by an average of 47 percent.

“This is not a burn-your-heels moment — the majority of women still have heels in their wardrobes,” Smith said. “But there isn’t an expectation anymore that if I go to a party, I have to put on my spiky heels, stand for two hours and then want to die. Social mores are changing.”

It doesn’t hurt that flats — which are popping up on runways and the red carpet — are having a pop culture moment, either. Marc Jacobs’s latest fashion show featured models in silk lace-up brogues and crystal-embellished ballet flats, while actress Gal Gadot wore gladiator sandals to the “Wonder Woman” premiere. Even first lady Melania Trump, known for her love of high-end high heels by Christian Louboutin and Manolo Blahnik, traded in her stilettos for a pair of white sneakers last year for a trip to Texas after Hurricane Harvey.

Tech giants are also taking note: A ballet-flat emoji is slated to make its debut later this year.

“Across the board, there’s an increasing casualization of every occasion, including at work,” Smith said. “We’re dressing in jeans and sneakers. We’re dressing for comfort and function.”

Recent surveys show that women are buying more athletic shoes and sandals than they are dress shoes or fashion boots, according to market research firm Mintel. Nearly half of those surveyed said they are willing to pay more for shoes that are comfortable.

High-heel makers, many of which had their heyday in the “Sex and the City” era of the early 2000s, have weathered a wave of consolidation in recent years. Michael Kors last year paid $1.2 billion to buy Jimmy Choo, the upscale shoe company. Two years earlier, Coach bought Stuart Weitzman for $574 million.

“People are multitasking more these days — they’re going from yoga class to work, then from happy hour to pick up their kids, and they don’t want to change into four different outfits,” said Alexis DeSalva, retail and apparel analyst at Mintel. “Flat shoes have become a staple in multipurpose dressing.”

Nike last week announced a new retail concept, called Unlaced, that will specialize exclusively in women’s sneakers. The company is also expanding its lineup of women’s sizes and, earlier this year, released its first collection of sneakers designed entirely by a team of 14 women. There are also signs that Crocs, Tevas, Uggs and Birkenstocks — all known for being comfortable, if less than attractive — are making a comeback.

As for Powers, the marketing director in Los Angeles, she now has just one pair of heels — “very modest” black pumps — left in her closet. She has given away the rest and, instead, stocked up on the shoes she likes to wear: a dozen pairs of sneakers and at least 25 pairs of flats.

“I am never going back,” she said. “As soon as I stopped wearing high heels, it was a taste of sweet freedom.”

by : In the News Herstory, History, Olympics, Uncategorized

Breaking down the top 10 most important medals in U.S. Winter Olympics history

PYEONGCHANG, South Korea — Now that Shaun White has won the 100th  American gold medal at the Winter Olympics, here’s a list of the 10 that mattered most:

Peggy Fleming shows off the medal she won in the Winter Olympics held in Grenoble, France in 1968.
ASSOCIATED PRESS

8. Shani Davis, 2006: Davis became the first African-American to win an individual gold when  he won the 100 meters speed skating event.

7. Brian Boitano, 1988: Could go with Scott Hamilton or Dick Button here, but Boitano defeated Brian Orser in the gripping Battle of the Brians.

5. Bonnie Blair, 1994: Became the first American to win golds in three Winter Olympics when she won the 500 meters speed skating in 1994 (the fourth of her five golds).

2. Peggy Fleming, 1968: Won the only U.S. gold at this Olympics with a performance that captivated the country and represented a rebirth of American figure skating.